Once upon a time there was a girl called নভেরা কাজী (Novera Kazi).

She was born in Barisal, Bangladesh and had never heard of Jane Austen until she saw a Bollywood adaptation of Pride & Prejudice called Bride & Prejudice – a delightful take on the classic we love with lots of Indian music and dance, colorful saris, intricate jewelry, henna tattoos and all kinds of culture. In her words:

“I saw it when I was younger and later discovered that it was inspired by Pride and Prejudice written by someone named Jane Austen…I didn’t read the book immediately because I wasn’t then much in touch with foreign literature, although I’ve been a book lover since childhood. But when I was 18 I grew interested in classical English literature and it was one of the first English novels that I read.” 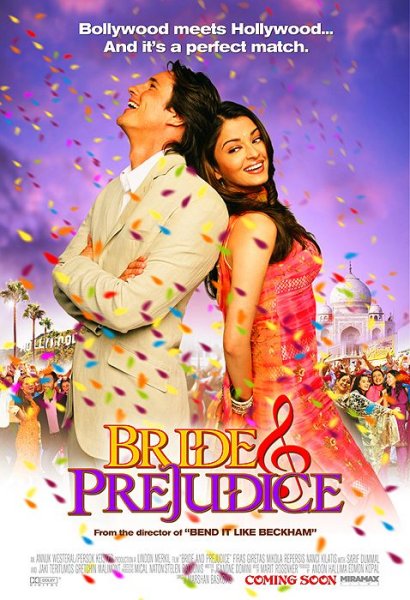 That was 3 years ago and since then she read the other books and watched TV and movie adaptations. She tries to watch older and newer ones as well. Recently she discovered a beloved YouTube series named ‘The Lizzie Bennet Diaries’ which she thoroughly enjoyed. She is now always curious about anything that involves Jane Austen. That brought our girl to an exhibition at the Bangladesh National Museum about muslin. She now resides in Dhaka and was able to attend the Festival with friends. There is where she ran into a couple of pictures about a scarf supposedly embroidered by Jane Austen. Take a look at the slide show below. You can see Regency dresses made of muslin and also the pictures she took of the scarf.

Most of us, Janeites, know how this type of fabric called muslin was popular during the Regency period. I do not know where the fabric used in England at the time was obtained exactly but apparently there were many skilled artisans in Bangladesh who were the only people in the world who knew how to weave that kind of fabric. Muslin was once a great cultural heritage of the Indian sub-continent and the exhibition mainly focused on highlighting that heritage. “During the Mughal and British regime it was very expensive and was used only by the royal families and the British rulers. In the last couple hundred years the craft slowly faded as less and less people were going into the trade due to low wages. But there are still people who know how to make ‘Jamdani’, a slightly different variation of Muslin. It’s still very much popular in Bangladesh as material for exquisite saris”, she tells me. Novera says she has never been outside Bangladesh but knows Jane through her novels and is a great fan.

Jane Austen was able to construct a quilt with her own hands but her greatest achievement continues to be weaving her stories into the lives of people in countries as foreign as can be and build a fabric of knowledge and understanding among her fans of all ages, races and creed. You don’t need to go to England to love Jane. She will come to you. No matter where you are in the world her novels keep travelling far and wide and will continue to do so till the end of times.

Novera Kazi follows my Facebook page All Things Jane Austen and sent me the pictures because she wanted to share with other Janeites her personal experience with Jane. Even though it was only through pictures part of Jane’s world it is intrinsically connected to her country. For that insight into her world I am forever grateful. I hope you enjoy it as well.

If you have a story to tell send me a message via my page on Facebook and I will be delighted to share.