Colette is a 2018 British biographical drama film, directed by Wash Westmoreland, from a screenplay by Westmoreland and Richard Glatzer, based upon the life of the French novelist Colette. It stars Keira Knightley, Dominic West, Eleanor Tomlinson and Denise Gough. 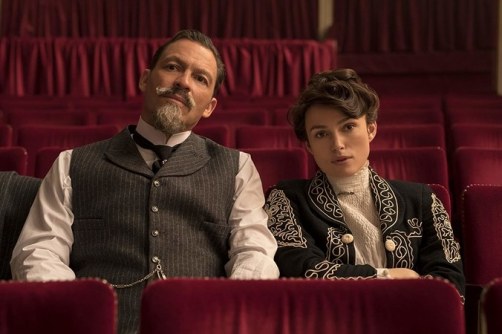 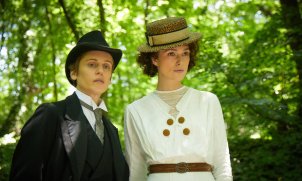 Set at the dawn of the modern age, Colette is the story of a woman who has been long denied her voice going to extraordinary lengths to reclaim it. Gabrielle Sidonie Colette, a young woman from a country village, marries a charismatic dominating Parisian, fourteen years her senior, known by the single name, “Willy”.  Through his auspices, she is introduced to bohemian Paris where her creative appetite is sparked. Ever quick to capitalize on talent, Willy convinces his wife to write novels—to be published under his name.

The phenomenal success of her “Claudine” series makes Willy well known as a writer and “Colette and Willy” the first modern celebrity couple. Over time, lack of recognition for her work frustrates Colette, and an affair with the gender-defying Mathilde de Morny, Marquise de Belbeuf inspires her to break free, but Willy is determined to maintain his hold over her, at any cost. (Source: https://en.wikipedia.org/wiki/Colette_(2018_film)#Plot) 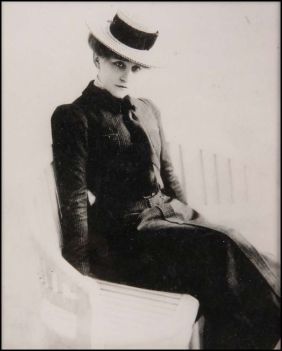 Sidonie-Gabrielle Colette (28 January 1873 – 3 August 1954) was a French novelist nominated for the Nobel Prize in Literature in 1948. Her best-known work, the novella Gigi (1944), was the basis for the film starring Leslie Caron and Maurice Chevalier, and Lerner and Loewe stage production of the same name. She was also a mime, an actress, and a journalist.

I confess that I am fascinated by this extraordinary woman and her story and sad to see how unfair the world was when it came to women with talent (unfortunately it is still). Are you looking forward to it? Keira’s fans from Pride and Prejudice (2005) should be lining up to see one more excellent interpretation of yet another real-life courageous, ground-breaking woman that earned strong reviews earlier this year at Sundance, where Knightley emerged as one of the festival’s biggest Oscar contenders. Knightley is currently listed on IndieWire’s list of early frontrunners for the 2019 best actress Oscar. of yet another real-life courageous, ground-breaking woman.  Watch the trailer and share your thoughts!